Wishoo is Green in Indy

Home/Uncategorized/Wishoo is Green in Indy
Previous Next

Wishoo is Green in Indy

Wishoo’s green screen technology is in full display during the NCAA® Bracket Town® festivities during the Final Four.

After having their photo taken, fans can choose to be inserted into any one of the four finalists team photos. Wishoo has 4 stations running simultaneously to handle the expected, large turnout.

Due to the nature of the tournament, the final four teams were not known until late Sunday, so artwork editing was not able to begin until mid-day Monday. Because fans are being inserted into a team photo, it was necessary to separate the team from the rest of the photo so it appeared you were standing in the back row of the photo.

Starting mid-day Monday, Wishoo was able to edit all 4 team photos and add a custom designed frame to the photo and have them in client hands by the end of day for approval.

Just another quick turnaround on a custom project. Give us a call, maybe we can help you on your next project. 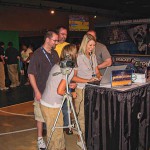 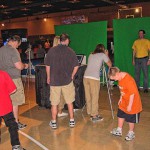 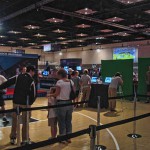 About the Author: Wishoo Interactive

Upload a file to Wishoo

To upload a file to Wishoo, please click the link below.
UPLOAD HERE